As age slowed her down, Swigatha produced only one book a year – a “Christie for Christmas”. It looks like BBC1 is going to do likewise: after last year’s triumph with ‘And Then There Were None’, they are showing a new version of ‘The Witness for the Prosecution’, starting on Boxing Day at 9pm. This was originally a short story in The Hound of Death collection, so I suspect they must have added quite a bit to it to spread it over two nights.
sdfgdgsdg

Browsing the Radio Times christmas edition, I came across two days of Agatha Christie tribute on the Drama Channel, with a strange mish-mash of programmes, none of which include Poirot. I doubt if anyone could watch this particular channel for two solid days, so here are some highlights lowlights and ok-lights for swigatha fans.

8am The Agatha Christie Hour

This programme made, in the 1980s, featured short stories from the early 1930s collections Parker Pyne Investigates, The Listerdale Mystery and The Hound of Death.  They are not all great stories and not great programmes – one to watch while stirring the pudding.

11am The Murder at the Vicarage

A faithful version with the excellent Joan Hickson and (equally good) Paul Eddington and Cheryl Campbell as the inhabitants of the Vicarage.
The victim in a particularly dislikeable man, brilliantly played by Robert Lang. Whoever gave him the word “sewer!” to describe someone he found distasteful did him a great favour, and  he revels in it.
sdgdfgdfgdfg
1pm Sleeping Murder
Another good version, and another of the Hickson Marples, which were so much better made than the McEwen, Rutherford and McKenzie Marples. For this story , not the most entertaining one, the production team certainly picked some memorable faces for the minor parts…but the star performer was Frederick Treves, as the dead girl’s creepy brother. 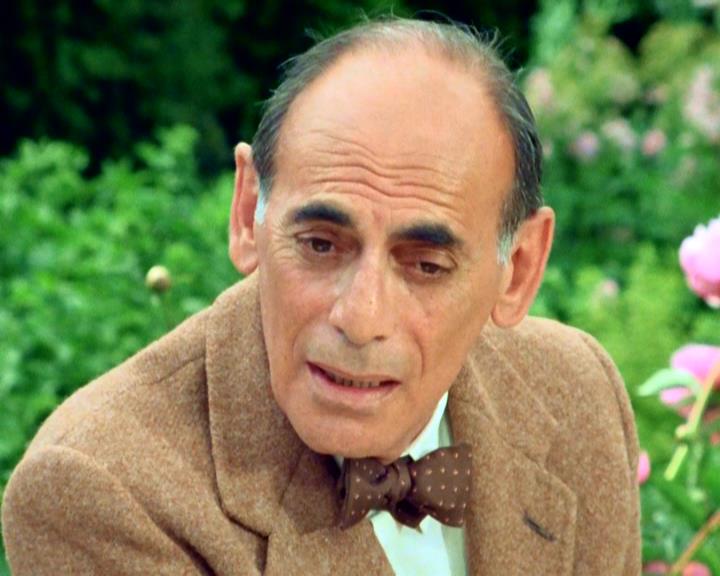 Repeated on Sunday 18th December.
dfgdfg
3pm Agatha Christie A Life in Pictures
Episode 1 – but there is no schedule for any other episodes. Apparently “a Drama based on her life”. Worth a look?
dfgdfgdfgd
5pm Ten Little Indians
1960s Hollywood film with Oliver Reed, Herbert Lom, Charles Aznavour, Richard Attenborough – you can see where that one is heading! Avoid. Also avoid the repeat on Sunday 18th December.
fghfghfgh
7pm Murder Most Foul
Not a swigatha but included because Margaret Rutherford plays the part of “Jane Marple” investigating a crime loosely based on a Hercule Poirot mystery.  Unbearably awful rubbish, on again the following day.

3pm At Bertram’s Hotel
One of my favourite Marple books. It is given a fair airing but doesn’t quite work, even with The Two Joans (Hickson and Greenwood) in tandem as Jane Marple and Selina Hazy
.
7pm Nemesis
Anyone who has not seen this is in for a treat. In my opinion this is the best adaptation of an Agatha Christie story that I have seen. It is that rare beast – something that manages to improve on the original story. It does so by introducing two characters who don’t actually appear in the novel (although one is mentioned often enough!). With Joan Hickson in mesmerising form, and a brilliant supporting cast – one that includes these two, the actors playing the characters that aren’t in the book. Polar opposites, they have become firm friends by the end of the film….

OTHER NEWS
On Christmas Eve, the Alibi channel, which I cannot receive as it is not on Freeview,  is showing The Hickson Marples (think I’ll keep that expression!) from 7am until 3am on Christmas morning. Buy the box-set and avoid 8 hours of adverts.